• A series of participatory workshops and focus groups are being conducted in Colombia and Costa Rica as part of the project ‘Improving Adaptive Capacity through Open and Collaborative Science.’

•Unlike traditional scientific that often exclude citizen voices, this project has sought to offer opportunities for citizens to lead the research, thus challenging the notion of who a ‘scientist’ should be.

• In a time where ‘big data’ gets all of the attention, this blog highlights the importance of local knowledge and small-scale participation for sustainable development around climate change.

“Wisdom demands a new orientation of science and technology toward the organic, the gentle, the elegant and beautiful.”

In the stunning Risaralda department of Colombia, referred to as the ‘Coffee Triangle,’ a new movement is slowly beginning to take shape. Call it open science, post-normal science, citizen science or community science – it nonetheless boils down to one thing: empowerment. The aim of the pilot project ‘Improving Adaptive Capacity through OCS’ is to establish links between citizens and academia in order to face one of today’s biggest challenges: adaptation to climate change.

Risaralda has long had a tradition of environmental consciousness and activism on several fronts. The department was declared a Model Forest in 2008 by the International Model Forest Network due to the large number of well-preserved natural areas within the landscape, as well as the presence of organized groups interested in the sustainable management of the area’s natural resources. 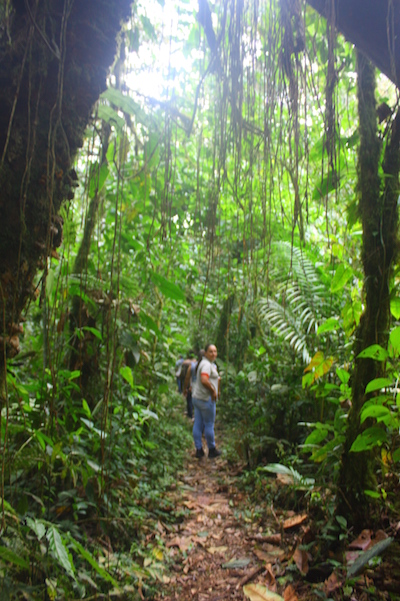 Climbing the Ladder of Citizen Participation

On a sunny weekend in July, a group of community representatives gathered in the Fauna and Flora Sanctuary of the Otún-Quimbaya National Park where the project’s first workshop was held. Participants came from different communities within the Otún and Risaralda watersheds. For many of them, this was their first opportunity to share and interact with each other.

One of the goals of our project is to facilitate opportunities for local people to climb the last steps of Sherry Arnstein’s famous ladder of citizen participation, which demands the formation of real partnerships and citizen power. By engaging local people at several stages of the scientific process, we hope to stimulate citizens’ scientific curiosity and create a local network for those interested. “We want this project to be yours,” one of the facilitators announced at the beginning of the workshop. Unlike traditional scientific research, which tends to exclude or simply extract local knowledge, our project sought to offer community members the chance to play a central role as scientists and decision-makers. 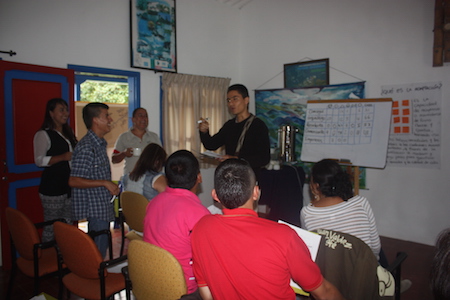 “We are talking about participants who are really having the opportunity to take the initiative,” said John Mario Rodriguez, professor at the Universidad Tecnológica de Pereira, a partner institution of the project. “We are not asking them to simply give us their opinion on something (and then decide if we should take it into account, or not) or to simply select between options A, B or C… We are telling them: look, this is how you can define the problem you are worried about, this is how you can investigate this further…there are no predetermined options, we are only here to help.”

Participants were asked to follow a simple and flexible procedure, beginning with a diagnostic of a problem, which they will have to present at the next meeting. This is only the first step of a process that is meant to be empowering. In a few months, the participants will be able to implement part of a simple adaptation plan or strategy designed by them. 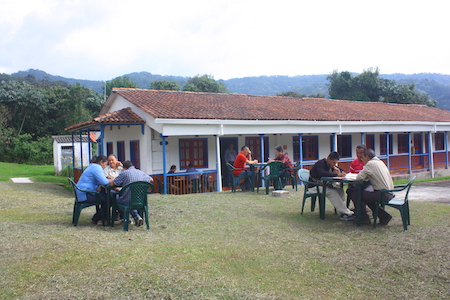 Non-Experts as the Real Experts

The exchanges during the workshop were dynamic, fruitful and eye-opening. From activities related to common goods and systemic thinking, to more formal talks about climate change, participants were given the chance to express individual views and knowledge, as well as enough space to interact. In three simple steps, they defined what “adaptation” meant for them, collectively.

On the second day, the open science concept was introduced to the group with many examples of citizen science and community initiatives from around the world. At that point, the participants were really engaged and focused.

“I really liked the methodology” expressed one community member at the end of the meeting. This was also reflected in the evaluation. The idea of participating in a project or workshop does not usually bring particularly positive or enthusiastic reactions from community members. Instead, workshops, in one participant’s words, entail a “rather boring meeting where you sit and listen, sit and listen, without much opportunity of sharing your thoughts.” Those meetings are quickly forgotten. “But this was different” said one coffee grower, filled with excitement. “I wish we had more events like these

As one university professor specialized in climate change acknowledged: “We are definitely not the experts here… they are. So it makes sense that they be given the opportunity to stand and speak”. At the end of the workshop, the participants decided to create a whatsapp group to keep in touch, which they named “Ciencia Ciudadana” (Citizen Science). 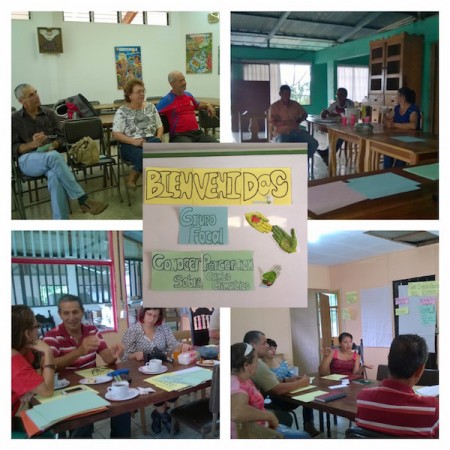 In the meantime in Costa Rica…

Meanwhile, in Costa Rica, the local project started with the organisation of a focus group within each of the five selected communities in order to capture the diversity of experiences and knowledge. A Master student of CATIE, Raquel Guallpa, was responsible for conducting these short sessions, which showed, for instance, how climate change is causing the loss of traditional weather and climate benchmarks. For example, the pinta is a method used by some farmers to make forecasts for the whole year based on the weather of the first 12 days of the month of January. “Our forecasts used to be quite accurate! But now we can´t rely on this anymore, everything has changed.”

Another example is the change in behavior of certain wild animals (such as the coyote) or the phenology of certain trees. The communities also highlighted aspects most worrying to them, such as the changes in rain patterns, the proliferation of poisonous snakes or the increased use of agrochemicals (indeed Costa Rica uses more agrochemicals per hectare than countries like the USA or China). 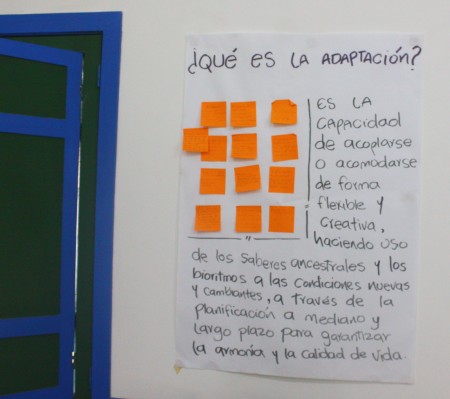 Any participatory process will be time-consuming, and social change always takes time, but we believe it is worth the effort. There is a lot of distrust towards academic and public institutions in general; therefore, it seems crucial to take the time to create strong and positive relationships with communities. Many professors have already invested their time and effort voluntarily into the project; unfortunately, there are still too many scientists in the world who believe science should be planned and discussed only by them.

Big data – one of the trends of the decade – is based mostly on the wisdom of anonymous crowds and on networked technologies. However, we urge institutions not to forget about the wisdom of small communities, especially when it comes to development. As stated in Fecher & Friesike’s chapter in ‘Opening Science,’ “most citizen science projects follow a top-down logic in which professional scientists provide impetus, take on leading roles in the process and analysis, and use amateurs not as partners, but rather as a free workforce”. For us, citizen scientists can be more than an IP address, and we consider “small data” as highly valuable.

Throughout history, we have done great things. We have learned to see the invisible through microscopes. We have invented telescopes to access the stars. We have created sophisticated computer tools to generate inconceivable amounts of data. But we are still not very good at using empathy to see through other people’s eyes. We continue to be hopeful that our project will contribute, even slightly, towards making the universe of science slightly more accessible to those who are most often excluded. We would like to practice open science “as if people mattered.”

Don’t miss our next blog post, which will aim at reflecting critically
on the ‘dark side’ of participatory research.