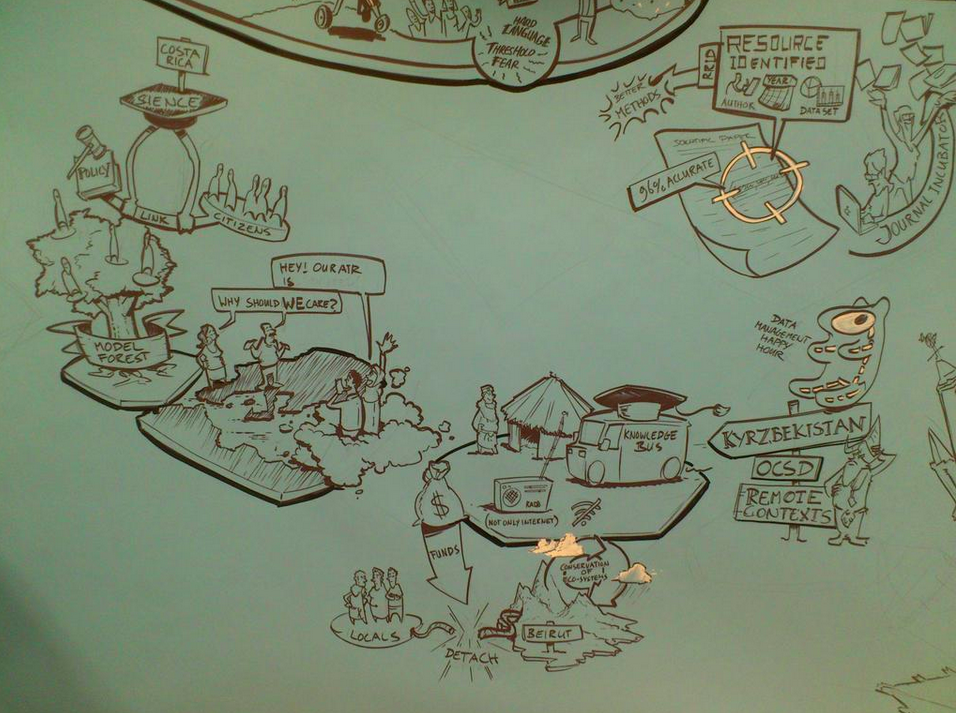 Open Science and Development: The Importance of Cross-Disciplinary Learning

This post is Part 1 of a blog series entitled “Intersections of Science and Development.” The series will look at the various nuances of development, as they relate to the emerging field of open science, and will attempt to draw out important learnings from both fields. If you are interested in writing a guest blog for this series, please email info@ocsdnet.org.

• It is important for Open Science to recognise the ‘human’ and ethical dimensions of an open and collaborative approach to research, and much can be learned from the field of development in this regard.

•On the other hand, literature around participation, collaboration and transparency within the field of development is often short-sighted in its methodology, such that final research results are often published in closed journal articles.

• OCSDNet projects seek to look at the intersection of science and development and are composed of interdisciplinary teams, often using participatory research methods, working to make their own research processes as open and accessible as possible – from data collection to final publication.

Open Science and Development: The Importance of Cross-Disciplinary Learning

Several weeks ago, OCSDNet project teams met virtually for a large-group discussion about the network’s upcoming manifesto project, which will seek to clearly articulate the shared principles and beliefs guiding the work of the network (more to come about this manifesto project and how you can get involved in a later post!). To kick off the discussion, members were asked to examine the image below, and to provide a reaction to it: Did they feel that the diagram was complete? Were there any aspects that were missing? 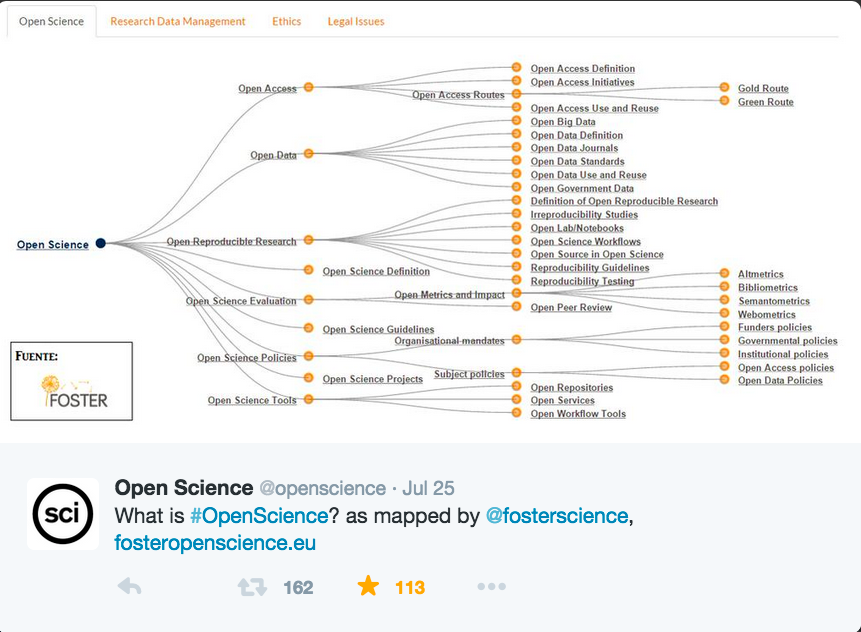 The image, created by ‘Facilitate Open Science Training for European Research (FOSTER), provides a taxonomy  of the key elements of “open science.”  It encompasses popular themes such as “Open Access,” “Open Data,” etc. – and the consequent activities and infrastructure required to put these larger concepts into practice.

However, it was quite clear to most members of OCSDNet that two very important factors are missing from this diagram: the motivations and actors that are guiding the activities, themes and policies required for catalysing ‘open science’ that is truly open. Indeed, without these elements at its core, open science has little to offer the field of development, in terms of its capacity to challenge existing power structures.

Moving Beyond Extractive Science and Development

Decades of experience and reflection have taught us that both science and development can be extractive to those who are not in positions of power and privilege. Indeed, a failure to account for the embedded power relations of research in any field can lead to highly unethical practice which goes against many principles of both development and science.

Since the 1960’s, Robert Chambers and others have popularised notions of “Participatory Action Research” (PAR) and alternative forms of participatory research methods that recognise the importance of local knowledge while striving to minimize power relations between privileged researchers and vulnerable local people. In more recent decades, concepts such as ‘citizenship’ and ‘rights-based approaches’ to research have become popularized as the ‘ethical’ way to conduct development research and programming. As part of this discourse, working in collaboration with local people and in an open and transparent way have become well understood principles amongst development thinkers and actors.

Similar to the emergence of Participatory Action Research for more ethical and effective development work, open science has recently emerged as a concept that challenges some of the extractive elements of more traditional scientific practice. Proponents of the concept hail open science as an important stepping stone towards making the field of science more accessible to actors (including many in the developing world) who have previously been excluded from producing and accessing most forms of scientific knowledge.

Indeed, a workshop on “Science in the Developing World,” recently held at the Balsillie School of International Affairs at the University of Waterloo concluded that “collaborative and participatory research practices are crucial” for science and development moving forward. Workshop participants highlighted the importance of encouraging interdisciplinary collaboration between natural and social scientists, as well as recognizing the benefits of including local expertise in science research.

As we know from the development literature, involving those with local knowledge to support research efforts is not a new concept. Nonetheless, open science conferences and policy circles continue to stress the need to include local people into decision-making roles as if it were a new and innovative form of thinking. And while these collaborative forms of working are not without their fair share of challenges (such as deciding the depth of involvement, logistics/coordination, resource investment, and an onslaught of new power relations.), these considerations cannot be merely left out when claiming to undertake “open science.”

The Importance of Cross-Disciplinary Learning

The development literature around participatory research methods, ethics, power relations and the importance of cross-cultural collaboration is extensive (see Sherry Arnstein’s famous “Ladder of Participation,” Heron and Reasons’ ‘The Practice of Co-operative Inquiry’ and John Gaventa’s ‘Finding the Space for Change: A Power Analysis’, as examples). Now, with the emergence of concepts such as ‘citizen science’ and ‘open science,’ the similarities between the fields of science and development are becoming ever more pronounced. However, as open science becomes increasingly popular, it is imperative for researchers and practitioners in the field to consider and integrate lessons learned from other disciplines around collaboration, power and transparency into their own work and reflections on science. For this to happen, greater interdisciplinary work between researchers of different fields should be supported.

On the other hand, development researchers can also stand to learn a thing or two from the emerging field of open science. For instance, although participatory development stresses openness and inclusion during the process of data collection and (perhaps) analysis, more often than not, the final results of the research continue to be published in closed-access journals, which many colleagues and research participants (ie: anyone without direct association with wealthy institutions) are unable to access. This article, for example, criticizes the World Bank’s participatory consultation of 20,000 ‘poor people’ and the associated international structures of knowledge production;’ but is published in a closed journal that will cost most people $40 USD to access. Similarly, this article makes reference to the continuing ‘tyranny of participation,’ in relation to the consultation of indigenous groups during the lead-up to the post-2015 agenda, but is once again published in an inaccessible journal space. The field of open science, on the other hand, stresses the importance of making the entire research process open and accessible – from data collection through to review and publication.

For these reasons among others, the Open and Collaborative Science for Development Network is comprised of project teams of highly diverse skill sets, languages and fields of expertise – including individuals from natural science backgrounds, social scientists, makers, artists, educationalists, and law practitioners.  It is our belief that this diversity will offer a unique reflection on each discipline’s relevant literature and history, enabling greater sharing of lessons to the benefit of each project as well as the fields of open science and development more generally.