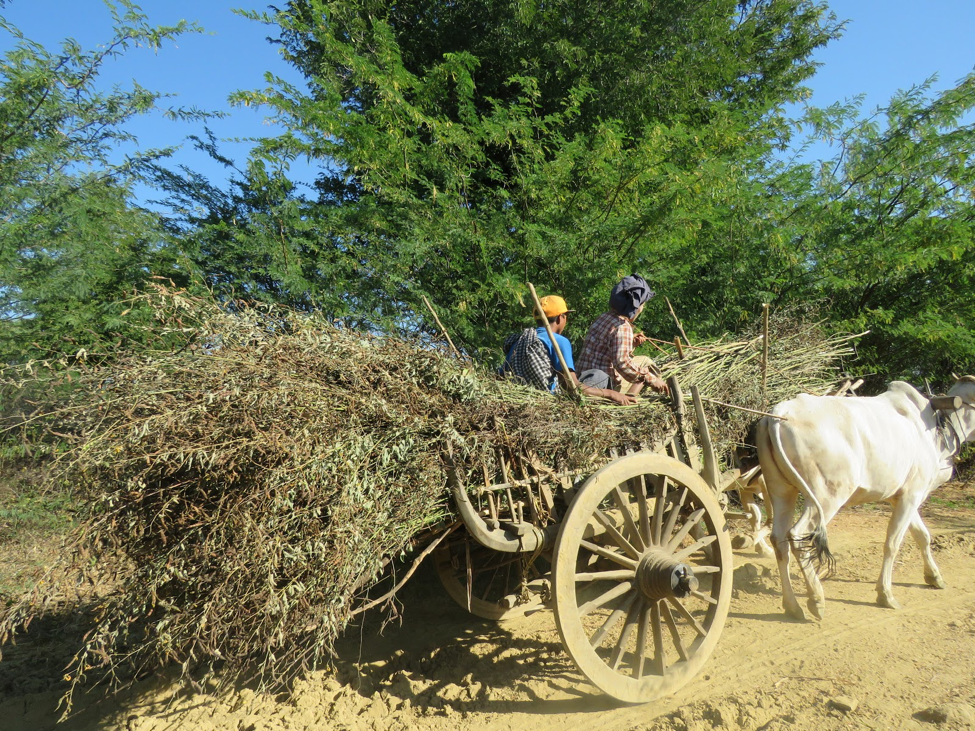 Land is an essential capital that people draw upon in pursuit of livelihood objectives. In Myanmar, a majority of people living near or in forest area have strong customary traditions of land ownership. However, in many of these areas, local residents do not have legal ownership of their land. Under the former military government, the Forest Department gazetted community managed land for conservation and forest restoration purposes. When land is placed under state conservation or protection, people who have customary rights to that land cannot obtain legal documents and thus loans, which increases their vulnerability to shocks. These shocks include natural disasters such as that of Cyclone Nargis that hit Ayeyarwady Delta in May 2008 (NASA, 2008).

To improve local adaptive capacity and resilience to shocks, we conducted a research in the Central Dry Zone of Myanmar that examined people’s vulnerability to the potential negative impacts of climate change. This region primarily depends on agriculture for its economy, which means that livelihood activities and the climate are strongly linked. We broadly define vulnerability as actual or potential negative environmental and social impacts in a system across different socioeconomic groups. Without having adequate resources or capacity to adapt to climatic and non-climatic shocks, local residents face the predicament of being forced to either stay in a community that depends on a weakening economy or migrate to towns at the expense of fuelling the socioeconomic decline of their rural village.

For our research, we employed a participatory approach to build trust and promote transparency among communities that were previously excluded from decisions over their land tenure. Participatory approaches emphasize on inclusive participation and collaboration, taking into account of local processes and priorities that may influence the outcome of a project (Chambers, 1994; Cornwall & Jewkes, 1995; Bergold & Thomas, 2012). Researchers who use these approaches view local residents as experts who hold valuable knowledge for the topic of interest.

Although participatory approaches aim to involve the whole community throughout the research process, we faced the challenge of ensuring inclusive participation. During the fieldwork, we asked ourselves, how can we assess if less visible minority groups are included in our research activities? How can we identify potential marginalized groups that we think are excluded while key informants primarily control the selection process? Key informants often portray their community positively, signifying that they are unlikely to select participants who may hold views contrary to theirs. Being outsiders, it was difficult for us to address potential power inequalities between less visible socioeconomic groups such as that between the rich and poor without using tools that specifically targeted these individuals or groups.

To overcome this challenge, we used a mixed method approach to collect socioeconomic data. First, we asked participants to develop criteria for different levels of wellbeing and to place households in one of the well-being groups. This participatory exercise gave us a better picture of the distribution of wealth and wellbeing in the community. Based on this data, we then used a representative random sampling strategy to conduct household surveys. As a result of this mixed method approach, we were able to ensure that poor households played a role in this research.

Participatory research requires investment of not just time in using the tools, but also in the health of field staff. Trust is not just something to develop between the primary researcher and participants, but also between the researcher and field facilitators. This is particularly important when the research is conducted in a language not native to the primary researcher. From our experience, we hope that current and future researchers take advantage of the flexible framework that participatory approaches provide, but are also aware of the possible limitations and challenges of using participatory tools.

[1] Tian Lin is a 4th year undergraduate student studying International Development Studies at the University of Toronto. She is currently an intern at RECOFTC – The Center for People and Forests. While at RECOFTC she is conducting her thesis research on climate change adaptation under the Scaling-Up Community Forestry (SUComFor) project in Myanmar.

[2] Khin Thiri Htun graduated from University of Forestry (Yezin), Myanmar in 2013. Under the SUComFor project, she was the field volunteer in Magway Region and facilitated the development of participatory tools for Tian’s thesis research. She is currently working as a Monitoring and Evaluation consultant at the RECOFTC office in Yangon, Myanmar.