…And seven local initiatives were born: The end of a project, the beginning of a journey

Josique Lorenzo Lemire writes on some of the emerging impacts from a local citizen science project, based on Model Forests in Latin America.

The project promoted collaborative efforts between researchers and citizens during a process of one and a half years, which included a series of workshops, field trips and meetings to share knowledge on problems and solutions in relation with climate change adaptation. The process contributed to building trust among the actors involved and demonstrated the potential of community-based and -led initiatives for building a science that is socially valid, and for translating broader development goals (such as the SDGs) into meaningful, on-the-ground actions. 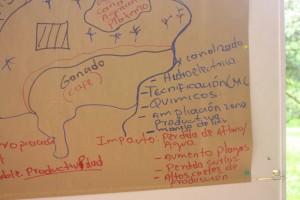 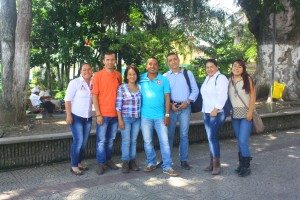 Seven local initiatives were designed by citizens, with the support of the researchers, to be implemented in two Model Forests of Latin America: Risaralda in Colombia and Reventazón in Costa Rica. The measures were meant to be community-centric, ecologically-balanced and culturally-sensitive. They addressed a range of issues including the overuse of agro-chemicals, deforestation and biodiversity loss, unsustainable consumption, water scarcity, a lack of income opportunities and the lack of an efficient system to exchange relevant agro-climatic information for small producers.

In February 2017, the initiatives were successfully presented by their creators during two public events respectively held in San José, Costa Rica and in Pereira, Colombia. Representatives from different public and private entities were invited to attend. Universidad Tecnológica de Pereira (UTP) and Fundación Costa Rica la Innovación, as our key partners in this project, co-organized the final events. Both organizations are also committed to supporting the local groups further as new opportunities arise. 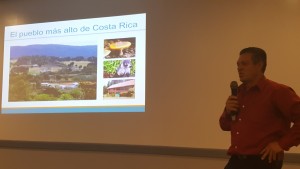 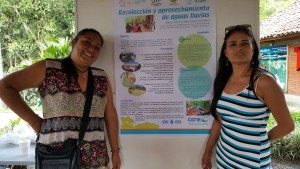 The groups have established clear plans for the future of their seed initiatives. As a member of one of the local associations of organic producers in Costa Rica highlighted: “the project is over, but we still have a long road ahead… this was only the first step”. Some of them have already secured other partnerships to help them move forward.

Despite its small-scale, the pilot project has had a few long-lasting impacts through enhancing human capabilities and contributing to the spread of participatory approaches. For example, in Colombia, a leader from the local coffee committee shared with us that the open science methodology used within the project had completely changed the way they were doing things. “We are already reusing this methodology!” she said. “After our experience in this project, we don’t want to go back to the old model. We have started changing the way we approach our work with the farmers”. And this is only the beginning… 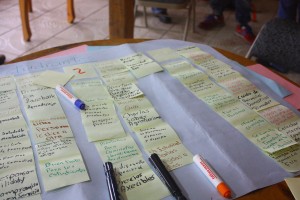