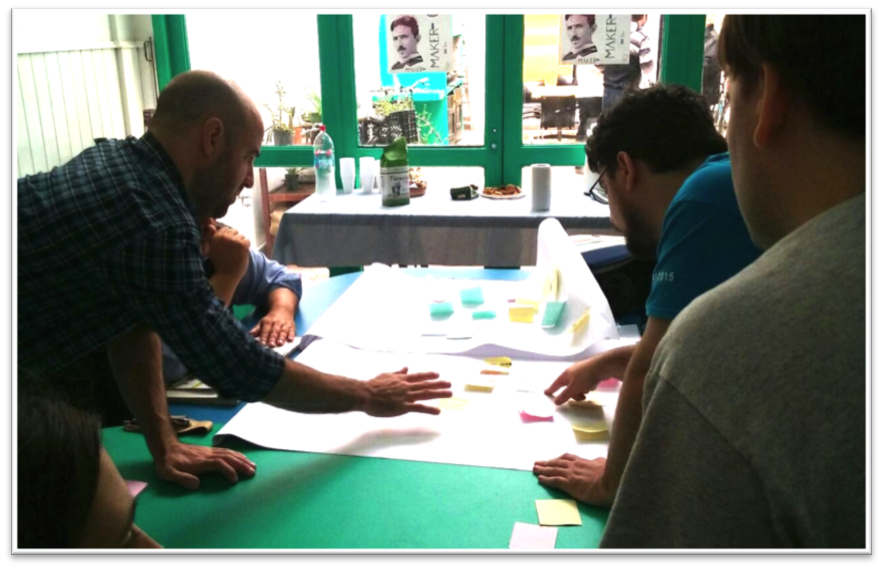 Agroecology has been traditionally based on co-producing knowledge with farmers, scientists, indigenous communities and technicians. As such, it could be regarded as an “open and collaborative” practice. But: does this mean that it is ready to meet open source technologies? 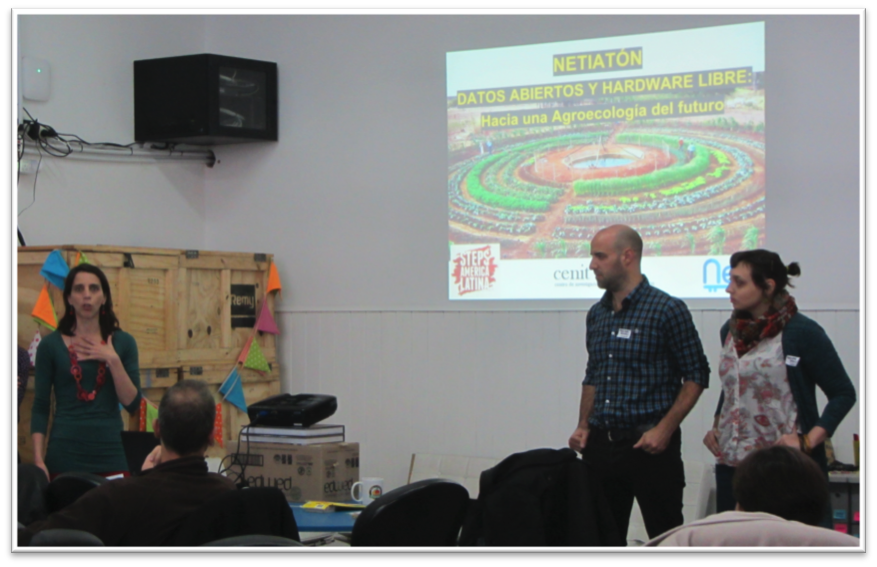 In May 2016, the 7th “Hackathon of Open Data and open hardware: Towards future Agroecology” took place in NETI. The event was hosted by STEPS Latin America as part of a research project on open and alternative science. Around 30 people participated in the hackathon, including agroecology farmers, researchers, software programmers, designers and experts on electronics. The workshop brought together social, cognitive and productive issues that affect agroecology and new technologies with practices that motivate open science and free culture. 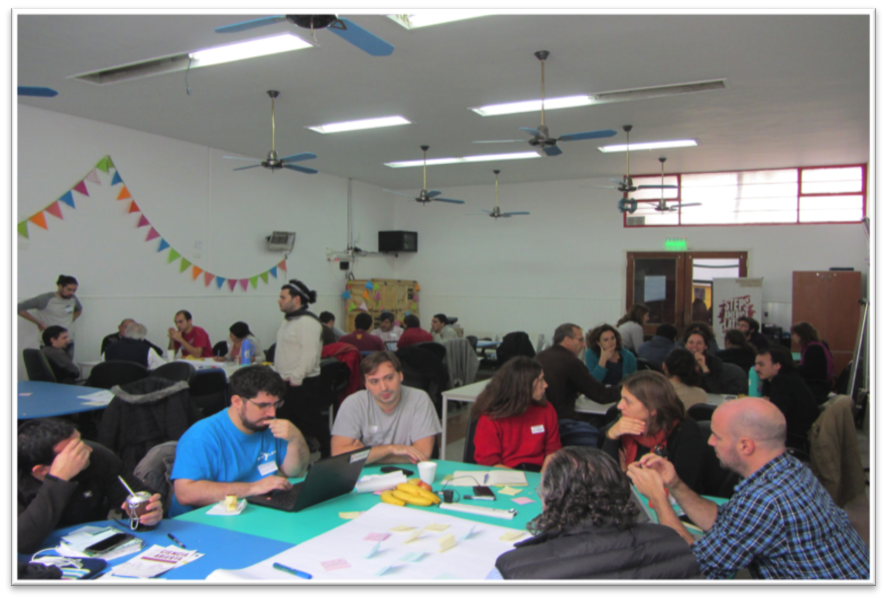 Agroecology includes a set of practices and techniques that seek to conserve the environment while encouraging productive efficiency and empowering communities. Some of these techniques stem from traditional, local knowledge and some of them are new, at the frontier. Agroecological principles are focused around encouraging biodiversity, preventing the degradation and loss of the soil’s nutrients and to guarantee reasonable and sustainable levels of profitability over time.

There are many agroecology initiatives around the world, but their benefits are not well understood. This harms the potential for such initiatives to become viable, productive alternatives to industrial agriculture.

When it comes to producing knowledge, agroecology faces challenges due to a lack of recognition, funding, and scientific legitimacy. These challenges are quite typical of alternative science – a term referring to knowledge that responds to a wide range of social demands, but receives little attention from conventional scientific agendas and practices.

The first challenge faced by the agrecological community is the need to scientifically “validate” the knowledge produced. Much of the data and information is produced outside the traditional scientific and technological system and thus does not follow the assumed criteria for “formal” knowledge production. This means that the validity of agroecological knowledge is largely in question by formal-scientific organisations.

At the same time, the production of agroecological knowledge often encounters substantial political obstacles. This is because its interests are often in opposition to the interests of industrial agriculture – including multinational corporations and the governmental organizations that support them.

We believe that the use of certain open and collaborative tools, such as open software and hardware, open data, etc. have the potential to improve the production of knowledge and to open the door for the expansion of alternative science. In this regard, one of the practices that we have investigated is hackathons or prototyping marathons.

What is a hackathon and what do web programmers and agroecologist producers from Chaco, Jujuy or La Plata have in common? 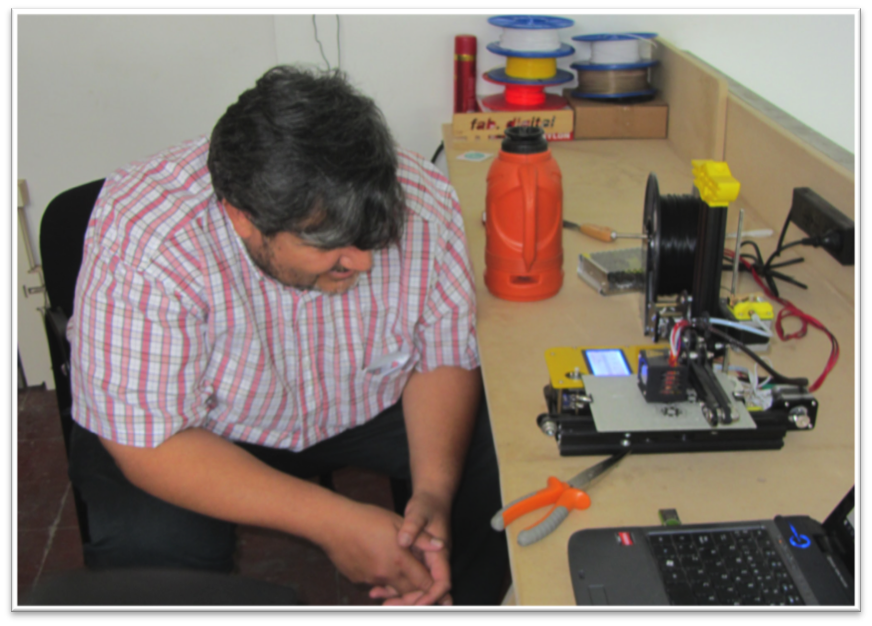 Hackathons evolved within the software development arena throughout the 2000s, as web programmers, web designers and usability specialists got together with the intent of creating projects in a collaborative way.

Although practices for producing software or electronics might seem far away from agroecology, both share similar principles, including a focus on action research, knowledge exchange based on concrete experience, and collaborative problem solving. Therefore, to some degree, we can assume that people who participate in projects where knowledge is created in a collaborative manner (such as the culture of open software) are not so different from those who create knowledge to produce healthy food in an environmentally sustainable way while empowering local farmers (such as agroecology).

The many tools devised during the revolution of information and communication technologies (ICTs) are already used in industrial agriculture, but rarely mentioned in agroecology, generating a clear disadvantage. As such, the intention of our workshop was to take advantage of the benefits of these tools, in order to strengthen and expand opportunities in the promising field of agroecology.

What happened during the workshop?

With this idea in mind, we organized a hackathon in NETI, involving a wide diversity of actors. The participants of the hackathon could be classified in three groups:

The main goal of the workshop was to devise solutions to practical, real-life issues faced by agroecological and organic farmers. In order to do this, all the participants divided themselves into five teams, with the condition being that all teams had to be composed of participants from each of the three groups mentioned above.

During the first hours there was a discussion around problems associated with agroecological practices, which were largely presented by the farmers and researchers within each group. In the second half of the day, each group selected a problem of interest and the work transitioned towards the design of prototypes for solving their respective challenges. The developers on the team largely drove this element of the discussion. For most researchers and farmers, this was the first time they had encountered the tools to produce open data and open hardware.

The first challenge encountered by all groups was to find a simple, common language understood by all, in order to facilitate a comprehensive understanding of the problem and enable the development of effective solutions. 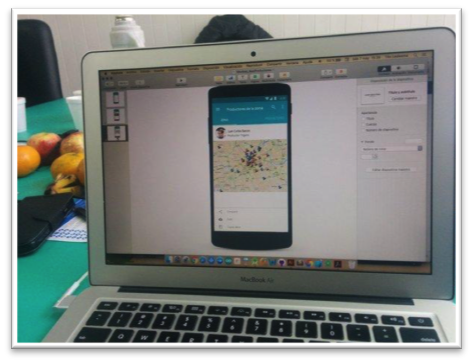 Team 1 worked on the challenge of isolation that many agroecologist farmers face, in terms of sharing knowledge and gaining access to information from similar actors in their field. In order to assist in solving this issue, the team focused on a specific topic that would help to initiate exchange between networks: information on plagues that affect farmers – including pests, droughts, etc.

The consequent prototype developed in response to this challenge consisted of an agroecology social network where information about problems and solutions can be quickly shared from any smartphone, thus allowing the advanced detection of these issues by the farming community. The project also looked for designs that could work offline in situations where there was no possibility to access connection, with full actualization upon reaching a connection point. 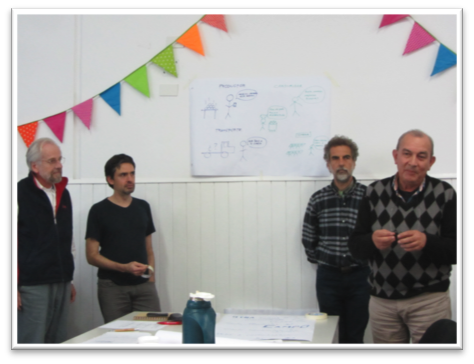 Team 2 focused on a problem that affects small farmers that live and produce for subsistence purposes and who do not have the resources to access markets for any surplus production. The team focused on developing a solution for the region of Chaco, Argentina, where access to networks and the use of smartphones is uncommon.

The solution they came up with was the creation of an “excedent market.” They designed software that worked by transmitting text messages (SMS) from different farmers to a central system that would immediately send a response in the case of a listed demand for their product. 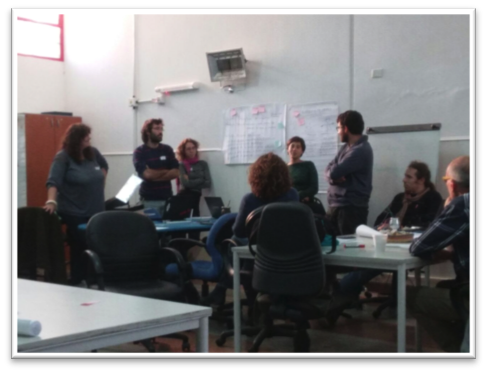 Team 3 worked on two problems. The first was around insufficient consumer information regarding the advantages of consuming organic or agroecological products versus industrial agriculture products. The solution they proposed was an application for smartphones whereby, through reading QR codes, the app would inform consumers of the characteristics of a product and the advantages for one’s health. 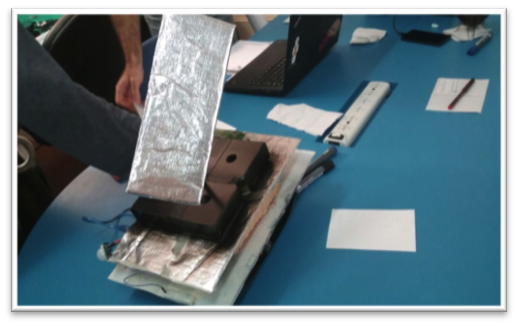 Team 4 also worked on a problem regarding the coexistence and proximity of agroecology fields with intensive, industrial agriculture. If most neighbor farms are dedicated to monoculture, animals (especially birds) choose to feed themselves in the agroecological farms where they have a larger and better variety of sources for their nutrition. This means that there is increased damage to crops on agroecological farms.

The team devised a solution consisting of an electronic device that would send light and sound signals to frighten the animals without harming them. The prototype, “Scarecrow 2.0,” incorporates infrared sensors that detect animals in movement, as well as sensors that collect data to monitor both climatic and environmental variables on the ground. 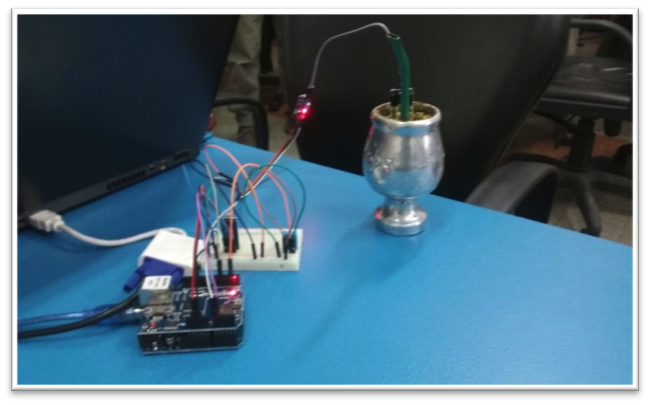 Agroecological farmers are usually isolated from one another. They do not generally share information on the productive or commercial problems they encounter, and thus do not typically collaborate in searching for solutions. Thus, Team 5 chose to find a technological solution to this problem, which would encourage farmers’ commitment and participation towards exchanging valuable information.

The prototype they invented was a device that would monitor environmental and ground variables in order to generate relevant open data for sharing via the “intranet”. The intranet connects routers and antennae connected in identified nodes. Also, by installing Wi-Fi routers and antennas, the use of the Internet would be expanded to areas where there is currently no commercial provision for farmers who take part in the network. 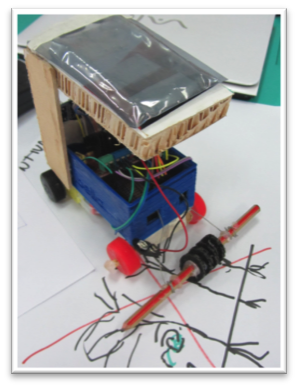 Finally, Team 6 selected a problem around how to improve the productivity of agroecology and organic farming in order to compete with industrial agriculture. More specifically, this group chose to work on automating the weeding process. In industrial agriculture, wedding is done with agrochemicals such as glyphosate; while in agroecology, it is done with manual labour. In the latter case, weeding work is not only physically demanding but also poorly paid. It is also quite costly for agroecological farmers to hire manual labour and/or too demanding for their own time.

The prototype designed was a small tractor/weeder, fuelled by solar energy. The weeder would feature a plough with mechanical rollers, which would be inserted by their own strength a few centimeters into the ground and, in an oblique position, cut down weeds. During the hackathon a prototype of this small, self-sufficient tractor was built by using open hardware plaques and 3D printers.

Of course, at first there were doubts and it took some time to explain the benefits of this collaboration. This was predictable since most people were not familiar with the hackathon dynamic and all the available tools. Also, many of the proposed solutions would require quite a long time to elaborate, develop and test. Still, the workshop was a good introduction to new ways to approach these matters and to expose participants to new technologies and diverse forms of knowledge. The experience confirmed that the open and collaborative practices on open software and open hardware are actually very close to the principles and traditions of agroecology.

An important achievement of this workshop was to force participants to simplify their dimensions of analysis. The problems they highlighted were all quite socially, culturally and politically complex. The interaction with people who were not familiar or close to agroecology and our request to identify problems and to find solutions in 8 hours meant that all participants had to simplify the problems in order to explain them. This process of simplification and modularization of problems assisted in pinpointing key issues to work towards finding feasible solutions.

As the prototypes were constructed, the interaction between designers and possible “users” made the testing process quicker, opening up the possibility to review the functions proposed in that very moment. The mutual learning was appealing to the participants, who responded very positively to the experience. Some groups stayed in touch, in order to continue work on their prototypes.

The workshop helped to highlight that there are interesting meeting points between both communities, and that these commonalities have not yet been fully realised. The feedback we got from participants, the interactions we observed and mainly the kind of problems detected during the first part of the session give us the idea that in most of the cases, alternative science faces issues that can be addressed in the context of open science. Although there is a tradition of openness already implicit in Agroecology coming from its beginnings during the 1980’s, the possibility of using ICTs enhances connection and ‘escalation’ of the practices even under financial constraints or in geographical isolation. In this way, open science can be a useful framework to, at least, diminish extant power assimetry so typical in alternative science. The challenge then is to use open science practices to design projects and policies that enhance the potential of agroecology to become a successful alternative for the future of food production.