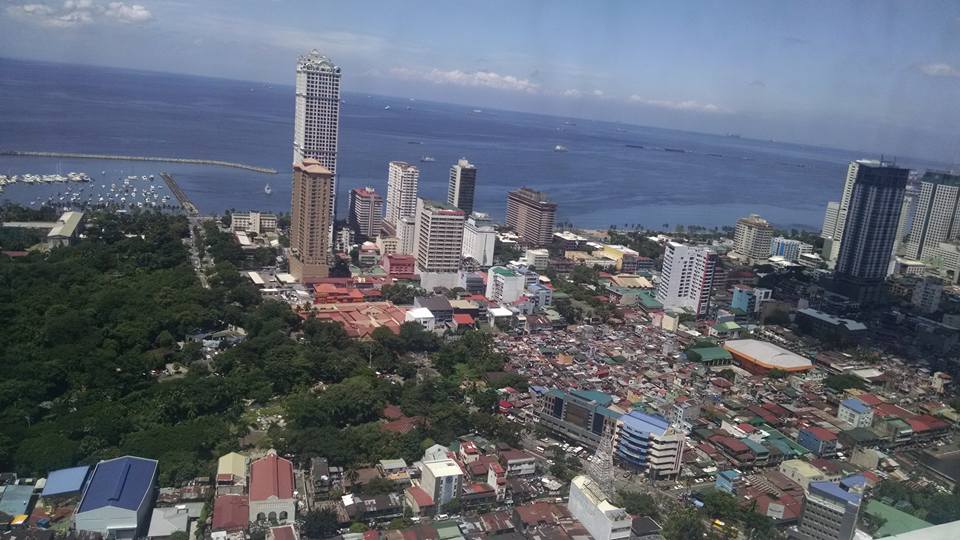 By Katherine Laycock, OCSDNet Research Affiliate and PhD candidate at the University of Waterloo, School of Planning

As we continue to see the palpable effects of climate change through increasing temperatures, floods, droughts, sea level rise, and extreme storm surges, the realities of our shifting climate are being challenged by a growing global response.

The Paris Agreement of 2016 conceded a 2oC limit could be tolerated worldwide, but many are concerned this is too much of an increase for Pacific Nations. Currently, Southeast Asia is impacted to a greater extent than many other regions; in particular, the Philippines face some of the most severe environmental risks from climate change. Delayed or insufficient action will adversely shape this archipelagic nation of over 7100 islands and 100 million people in one of the last remaining 17 biodiverse zones of our world. Complicating the urgency of addressing climate impacts is mounting urban growth from ongoing rural-urban migration and the plethora of associated risks to burgeoning urban and peri-urban areas. These threats are already evident in the natural and built environments through slower-scale consequences and larger-scale, immediate shocks. In fact, some of the worst natural disasters that we’ve seen globally have occurred within the past few years, including Typhoon Yolanda (internationally known as Haiyan), which devastated the Visayas area of the Philippines in 2013.

The very ambiguity over naming a typhoon speaks to this blog post—that is, using accessible language to engage global issues. One of the limitations occurring as we reach towards open science, but fail to fully obtain it, stems from our diverse use of language to describe, explain, and explore complex global problems such as climate change. A common lexicon of terms that the global community understands in the same way would expedite the process of opening access to various experts, governments, and community knowledge, where a large disconnect currently lies. Yet, is this desirable or even possible?

When we discuss climate change, three terms frequently arise: mitigation, adaptation, and disaster risk reduction. Mitigation most frequently refers to large scale, pre-climate change actions, like reducing carbon emissions, whereas adaptation embodies the physical act of modifying plans, infrastructure, and communities to prepare for the expected changes that will occur from climate change. But wait, there is more. Disaster risk reduction can refer to methods of mitigation or adaptation—but in relation to an extreme weather event, not climate change. Confused? You are not alone. Depending on whom or within which context you discuss these terms, their meanings and usage can vary greatly. This can, potentially, hinder or reduce efficiency for cross-disciplinary communication. It has taken me years of study to feel confident in my use of these terms; however, this level of understanding is neither realistic nor possible for many who require a basic understanding of these terms immediately for their work or safety. Failing to contextualize terms uniformly impacts work like OSCDNet projects, because we are not starting on a level communication ground. One of the OCSDNet project is specifically working on this issue of a need for shared vocabulary as part of Disaster Recovery Plans for Small Island Developing States (SIDS) in the Caribbean.

The goal of my current research is to better understand the dynamics of communication within organizations focusing on urban planning in Metro Manila. My research is vital with respect to open science, since it becomes impossible to move into a realm of open knowledge exchange when we can’t communicate efficiently about the very topic at hand. The solution isn’t as simple as requiring everyone to use one lexicon. Rather, we must begin by understanding how and why various individuals understand common terms in such drastically different ways and how we, as experts and global citizens, can undertake clearer methods of communication to increase the potential for open science to flourish in the future.

The importance of collective understanding is, at times, best appreciated through misunderstanding. Consider the terms mentioned above. In any given conversation about climate change, the words mitigation, adaptation, and disaster risk reduction could arise and may, most likely, be used interchangeably. As an academic, I am a stickler for accurate word use; however, the participatory nature of my research often requires me to simply note inaccuracies without elaboration. However, this is not always possible when it affects communication or action. In the summer of 2015, I was invited to a roundtable discussion in Manila with various local-level government, non-government organization, and national-level government officials. The ensuing dialogues passionately and urgently expressed what each group needed to do to be prepared for climate change impacts. As the day progressed, one invitee grew increasingly agitated with the arbitrary use of adaptation and disaster risk reduction. Finally, he could constrain himself no more and proceeded, at length, to chastise the room for using these terms interchangeably. Explaining why this is problematic, he produced 2 key points: misuse affects our understanding of what type of action is being communicated and it also affects who bears responsibility for that action. Essentially, ambiguity over term use makes the entire situation more confusing and complex for everyone.

Similar sentiments have been raised by Biesbroek et al. (2009) with the mitigation-adaptation paradox that states that the more we know about climate change, the more complex the situation becomes. This paradox has very little to do with increased questions confronting us as we discover new uncertainties regarding climate change and everything to do with the way we use and interchange climate related words in our day-to-day lives. Our (mis)use could be based on our cultural understanding of terms, limited linguistic options for terms, or any number of other reasons. Regardless, the importance of accessible and consistent language is simple: as we address the ever mounting uncertainties connected to climate change, we should be very aware we are not unintentionally adding to the confusion on this subject.

The impact of this conundrum is highlighted in the context of open science. As we reach for a higher degree of open science and ease of knowledge exchange, it becomes increasingly essential we not only use similar, consistent language, but we understand what terms mean in different contexts as well. How does one expert communicate with another about the impacts of climate change and could this potentially complicate open science growth in future?