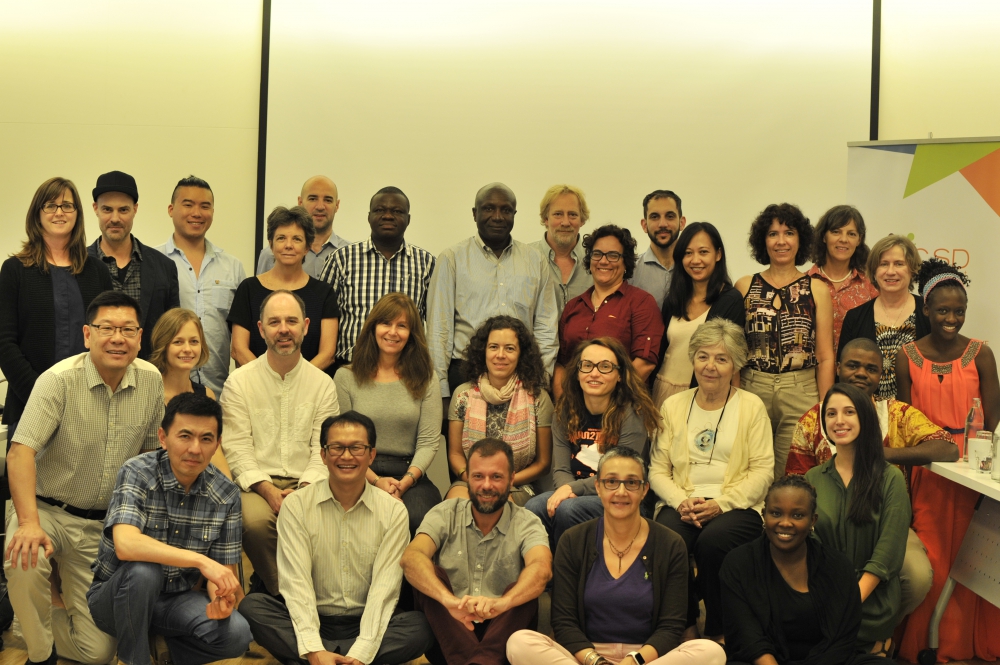 This post is the first in a series outlining key findings of OCSDNet projects about the future of open science and its impact on development thinking and practice. This part focuses on the theme of context-sensitive openness and how a deeper analysis of the diverse conditions in which open science is embedded can lead to a more inclusive and impactful development practice.

In February, OCSDNet project teams, coordinators, and advisors met in Bangkok for a three-day workshop to share and discuss findings after one year of investigating open and collaborative science around the world. Our 12 research teams come from a wide range of disciplinary and cultural backgrounds, so it was not surprising that context-sensitive openness – the ways in which our political, cultural, economic and social contexts condition our understanding of and experience with open science- was the core theme of the meeting.

The notion of context-sensitive openness was introduced to OCSDNet a few months ago in a reflection by our guest blogger Hani Morsi. “There is a tacit and arguably flawed assumption among advocates of openness that there is a universal conception of openness” (and thus, that it benefits everyone in equal measure). By ‘advocates of openness’, Morsi most likely referred to Eurocentric interpretations of Open Science that focus on increasing returns on investment and speeding up innovation but fail to consider the role of community-led research in expanding participation and inclusion of multiple social actors in science and development.

To explore these assumptions in more depth, and inspired by the work of Hess and Ostrom (2006) and Frischmann et al. (2014), OCSDNet research teams were invited to produce position papers reflecting on how their contexts influence their definition of openness and the uptake of open science principles in their communities. These are some of their key findings:

By situating OCS as part of complex histories of inequality and oppression, open science reveals opportunities for contestation and negotiation. Interesting examples include the Kyrgyz Mountains Environmental Education and Citizen Science project from Kyrgyzstan, which operates in a historical context of closed information, state surveillance and tight regulation of the press. The program trains students to collect environmental data, publish it on open platforms and with it, mobilize their communities to address climate change, demonstrating how information-led civic engagement can effectively take knowledge production power from the state and redistribute it back to the citizens. 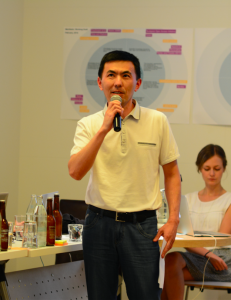 Similarly, the SOHA network of French-Speaking African and Haitian universities (OCS, Empowerment, and Cognitive Justice) addresses to the legacy of colonialism in postcolonial African universities. The current model favors vertical relationships between professors and students, in which knowledge is transferred unilaterally. The SOHA Projet challenges these hierarchies by establishing new ways of knowledge production based on principles of cognitive justice (when diverse ways of knowing and knowers are treated as equals) in which students introduce open science concepts to their professors and peers, via capacity building workshops, social media advocacy and science shops.

Open Science is about understanding the ways in which colonial legacies, capitalist forces and political repression continue to limit access to knowledge around the world.

Learning about the contexts in which Open Science operates is not only about designing more appropriate and productive ways of doing science but about understanding the ways in which colonial legacies, capitalist forces and political repression continue to limit access to knowledge around the world. As we move forward, we need to think about strategic applications of open science that in addition to producing relevant and transformative research, create opportunities for rights-claiming, self-determination and self-representation for activists, scientists, and communities in the peripheries.

2. Data gathering and quality control in Open Science is measured in terms of its relevance and utility for the community

At the moment, the open science movement lacks standardized procedures to measure the quality of its data and evaluate the impact of its research. This inhibits more traditional researchers or junior scientists from embracing open science practices out of fear of losing symbolic capital in the local and international scientific community. The OCS and Community Development in Brazil project found that scientists of larger universities have fewer incentives to conduct research that addresses social demands, whereas scientists who are more engaged with local, partner communities are more drawn to open science. Open Science needs to rethink its incentive structures and identify what can motivate a traditional scientist to use community gathered data or conduct collaborative research projects. 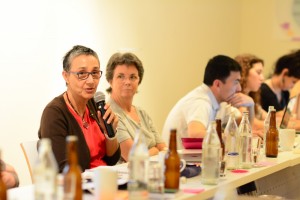 [Najat Saliba and Dora Canhos from Lebanon and Brazil]

The case of Local Conservation and Development with OCS project offers some suggestions. As part of a participatory mapping activity conducted to identify issues around water pollution, 60 community members, mostly women, enthusiastically signed up to perform water quality testing. While data quality control was indeed a concern, the activity generated plenty of interesting data for the scientist studying how Open Science practices can address development objectives. For example, the gender ratio of the group reveals key features of the village’s social dynamics, helps answer OCSDNet’s questions regarding the relationship between Open Science and inclusion, and hints at best practices for successful collaboration and community science engagement in Lebanon.

The key lesson here is that when assesing data quality in Open Science, we must always go back to the questions guiding the research, and more importantly, remember who is asking the question.

The big lesson here is that when measuring data quality in Open Science, we must always go back to the questions guiding the research, and more importantly, to who is asking the question. As Dora Canhos pointed out in the discussion: “Quality means fit for purpose”. If levels of water pollution are the object of study, would a scientist and community member look for the same indicators? Do we measure water quality based on scientific standards, or are we creating room for alternative methods based on tradition and experience? In this respect, quality can also be context-specific. Expanding our definition of quality to include local relevance, utility and mainly, the experience, knowledge, and objectives of the actors guiding the research, brings us closer to a community-led, open science model that make scientific method standards secondary to individuals’ questions and agencies.

3. Open Science addresses development by expanding opportunities to create, share and use knowledge

One of OCSDNet’s research objectives is to investigate if Open Science can adequately address development goals. While the teams may never reach a consensus about what ‘development’ means, they are united by, in the words of OCSDNet advisor Cameron Neylon, “the unprecedented opportunity to reduce the impact of historical injustices in the access to, control over, and expropriation of knowledge” in and through Open Science.

This argument is supported by OCSDNet research findings that link strong cultures of knowledge sharing with community-led development. The project Improving Adaptive Capacity with OCS and Participatory Governance, for example, is studying how community-based knowledge sharing in Colombia and Costa Rica can lead to the implementation of locally relevant development models emerging from indigenous traditions and grounded in values of Buen Vivir (See Gudyinas, 2011 for context on Buen Vivir).

Similarly, the group Indigenous Knowledge and Climate Change Adaptation is looking at the factors shaping knowledge sharing among pastoralists in South Africa. By deciding what knowledge to share, when to share it, and whom to share it (by demanding to be present in major climate change discussions, for example), pastoralists are asserting their role as stewards of ancestral and traditional knowledge, and through it, their right for self-determination.

How can we improve lives by expanding equitable knowledge creation, sharing and use? And how can Open Science break down cognitive barriers to ensure a fair representation of all worldviews, needs, and interests in development?

By aligning open and collaborative science with the goal of improving human capabilities (see Sen’s capabilities approach ), the next phase of OCSDNet research will look at two important questions: In what ways can Open Science improve lives by enabling equitable knowledge creation, sharing and use? And how does this scientific model break down cognitive barriers (normalized perceptions, behaviors and attitudes rendering other ways of knowing invisible or invalid) to include more and diverse worldviews, needs, and interests in development practice.

4. Framing Open Science is a shared, iterative process driven by the values of its community

Finally, in the effort to consolidate our vision as a network, we invited the groups to discuss a set of Open Science principles that will be part of a future OCSDNet Manifesto. The exercise led to interesting reflections around the ways in which we communicate our message and the language we use to convey our values. More specifically, the group stressed the need to design a communication strategy that unifies the community and does not exclude those who are hesitant about or unfamiliar with the concept of Open Science.

A common vocabulary could potentially unify the visions and efforts of relevant stakeholders, acting as a bridging strategy between silos.

The experience of Collaborative Development of an Open Knowledge Broker for Disaster Relief Planning in Jamaica informed this discussion. The group is designing a knowledge brokering system under the premise that a common vocabulary can potentially bridge silos and unify the visions and efforts of relevant stakeholders. However this poses a risk: will people embrace Open Science because of the growing visibility of its ‘brand’ or because of the values that underpin its practice? Is it our responsibility to intervene as brokers and facilitate this conversation? And if so, how do we ensure OCSDNet’s mediation will lead to a fair representation of different knowledge actors and social groups? 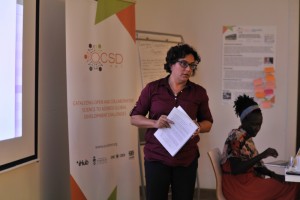 We will continue to reflect on how our shared values can inspire collective action within the network, drive advocacy efforts outside of it and ensure the sustainable growth of the Open Science movement from and beyond OCSDNet

The challenges of  brokering knowledge in a multicultural context as the Jamaican society -or the OCSDNet network- as noted by Lila Rao, are also complex. However at OCSDNet, we realized this diversity and fluidity strengthens our network and pushes us to think about Open Science as a shared, iterative process rather than a fixed scientific model. In the following months, as we finalize the draft of our Open Science Manifesto, we will continue to reflect on how our shared values can inspire collective action within and outside the network and how our communication strategies can ensure sustained conversation about Open Science from and beyond OCSDNet.