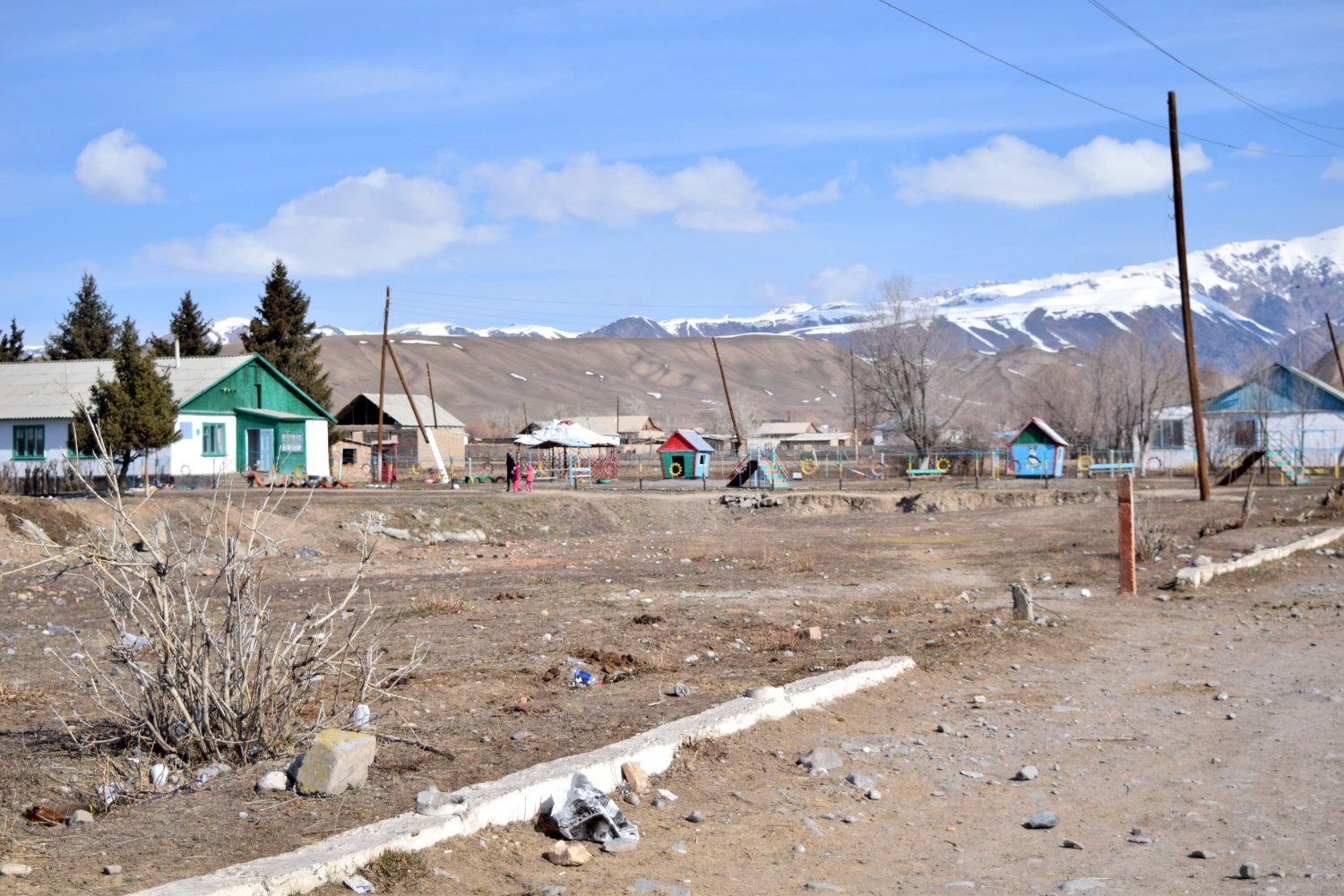 By Aline Rosset of University of Central Asia

The Kyrgyz Mountains Environmental Education and Citizen Science (KMEECS) project combines citizen science on the community level, environmental research and curriculum linked programming to foster awareness of and interaction with the local environment. At the same time it aims at generating locally relevant data on the environment in the mountains of Kyrgyzstan. The project proposes to pilot the introduction of low-cost environmental field courses (on water quality or climate change monitoring) in schools in mountain communities of Kyrgyzstan’s Naryn province. Based on a citizen science approach, students will analyze and generate data on their local environment, which will be fed into a network of open environmental data. 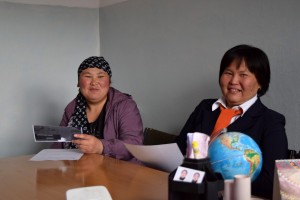 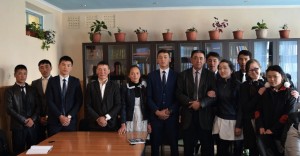 CAMP Alatoo and UCA are off for the first project steps in the Kyrgyz mountains! In April 2015 we visited 30 schools in the Naryn, Ak-Talaa and At-Bashy districs (Naryn province, Kyrgyz Republic), introducing our project and the concept of citizen science to school administrations, teachers, students and local governance representatives. Out of these visited communities, 10 will be selected to pilot the project, based on their geographical distribution and, more importantly, on the provision of a motivation letter. During the visits in the communities, interesting discussions took place on the specific environmental challenges and assets surrounding the village. In their motivation letters (due in a few days), the communities will vote for the thematic focus of the citizen science activities on either water quality analyses or climate change monitoring through phenology.

Water and climate represent only two among several relevant environmental factors for mountain communities in Central Asia. Additional relevant topics for citizen science can be soil analyses for supporting small-scale mountain farming, monitoring of pasture condition in high-mountain summer pastures, biodiversity monitoring on summer pastures, or water and energy efficiency. However, during the preparation it became clear, that the two selected topics are most feasible for a school-based project with regard to the difficulty of the analyses and the possibility to conduct them close to the village. Depending on the success of the pilot with the topic selected by the participants, new blocks of citizen science analyses that require higher mobility and more complex analyses will be considered at a later stage. These will be identified and prepared in cooperation with the most active teachers from the KMEECS project.

Venturing into other topics and analyses also provides opportunities to capitalize on the experiences of other OCSDNet projects, particularly keeping an eye on the „Open Source Hardware for Citizen Science in Indonesia, Nepal, and the Philippines“ and the „Open and collaborative science (OCS) – a tool for the conservation and development of local ecosystems“ in Lebanon. 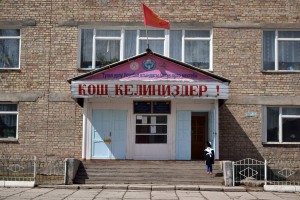 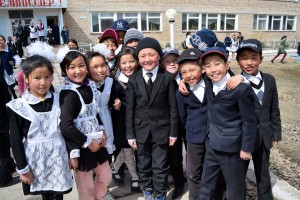 The education system in Kyrgyzstan is hierarchical and centralized. Decisions on school programs, textbook content and restructuration of the education system are taken in top-down processes in the capital Bishkek, while teachers in remote areas – and even less students – are not involved in shaping what is taught. While their popularity is increasing rapidly in Europe and North America, in post-Soviet Central Asia, citizen science approaches, participation in scientific research and open scholarly communication are widely unknown, unpracticed and untrusted. As the school community in remote areas will play a central role in this project, it is crucial to understand their motivations and perceptions of such new approaches at an early stage.

The first reactions to the project concept were mainly positive. In some schools the participants started interesting discussions on their own observations of environmental specificities in their village. In Kara Burgon village (Uzgorysh), a young chemistry teacher highlighted that there is an air temperature difference of about two °C between the two streets of the small village, and that the buds on the trees appear several days earlier on the eastern street, which lies 30m lower. In Ugut village, the geography teacher mentioned that the taste, color and mineral composition of the drinking water varies between the wells, depending on their depth. However, these observation have so far not been documented and no further analyses were conducted. Therefore, there is a keen interest on the project and the potential it presents for community driven environmental monitoring. However, at this stage it is too early to clearly state that OCSD approaches are applicable at the local level in Kyrgyzstan. The lacking tradition of bottom-up participation and co-creation of knowledge might pose barriers to the adoption of the approach and the motivation of the participants. This is why we will further put emphasis on discussions and documentation of the reactions at the community level. 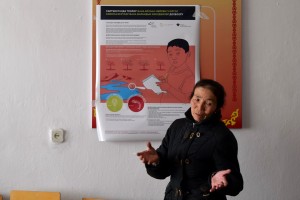 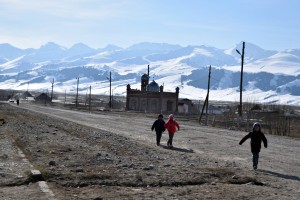 The KMEECS project will participate in the OCSDNet open session at the ICTD2015 conference in Singapore. Our input will introduce the local context of Kyrgyzstan’s Naryn province, challenges regarding open science approaches in remote areas, as well as the rationale of the project. Then, a focus will be laid on describing the reactions and motivations in the villages, and how the new concepts of participation in curriculum development and citizen science were taken up at the grassroots level. First insights from discussions with specialists from the spheres of education and environmental protection on the national level will also be mentioned. As a conclusion, these first experiences open up a discussion on opportunities and challenges of open approaches for secluded communities with technological, language and financial barriers, other experiences from around the world, and the potential that technology, participation and sharing offer to bridge knowledge gaps and contribute to a more informed and sustainable world.

Find out more about our project here!