While many international reports consider higher education and scientific research as development tools (Shankar, 2014; Watson, 2003), Haiti and sub-Saharan Africa appear to lag behind the rest of the world (Friesenhahn, 2014; Kaly, 2012; Kemeny, 2014; Nwagwu, 2013; Piotrowski, 2014; World Bank, 2014; Willmers, 2012; Wilson-Strydom & Fongwa, 2014). This is especially true if we consider the number of items produced in Haiti and Francophone Sub-Saharan Africa that are listed in the Web of Science (Mboa Nkoudou 2016). Notwithstanding the inability of Western databases such as the Web of Science to take into account Francophone African and Haitian science, we consider the situation as a symptom (rather than a “lag”) of significant cognitive injustice. We define cognitive injustice as a situation which prevents researchers to fully exploit their capabilities to use, create and share knowledge that will contribute to the collective well-being and sustainable development of their communities. We want to understand how cognitive injustice in Haiti and Africa could be counteracted by what we call fair open science; in other words – science aimed at the creation of locally relevant, freely accessible and reusable knowledge by empowered and confident researchers using not only epistemologies from the North, but all kinds of epistemologies and methods.

Research Question:
Our project aims to test the idea that the « openness » of science could be considered not as an end in itself nor as a tool for more productivity in research and innovation, but as a way towards more cognitive, social and economic justice, therefore as a resource for fairness and justice in science. Our main action-research question is as follows:

To address this question, we have also articulated four sub-questions:

The design of the project was to be decentralized, open and participatory to show fair open science in action. We are proud to say that we managed to do exactly that even if the pillars of our network have mainly been graduate students and not professors as expected.

The main challenge of our project is linked to the high number of countries that are involved and to the unexpected (but hoped for) high number of graduate students and young professors actively participating in the project or interested in it. We would like to give all these students and researchers an equal opportunity to participate in the project and to benefit from its empowerment virtues. We would like to reward all the graduate students that have helped the project so much, whether in collecting data, writing blogs, organizing conferences and workshops or simply in giving great ideas and sharing precious knowledge. But they are now so numerous that it becomes very difficult to enact the cognitive justice to which we all aspire. The concept of fair open science was very easily accepted and understood by graduate students. The difficulty lies more in its institutionalization and enactment in practical reforms.

Data emerging from our web-survey has begun to demonstrate that:

Our project has identified 8 forms of cognitive injustice that prevent graduate students and scholars from Haiti and Francophone Africa to transmit and produce knowledge in service to the sustainable development of their communities: 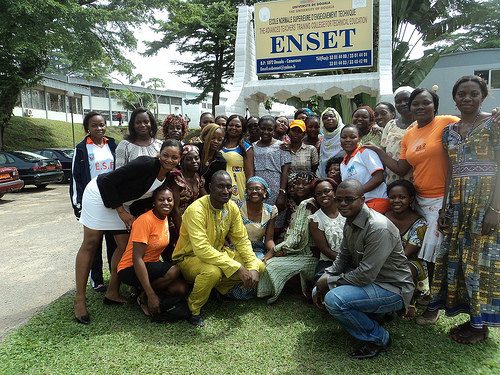