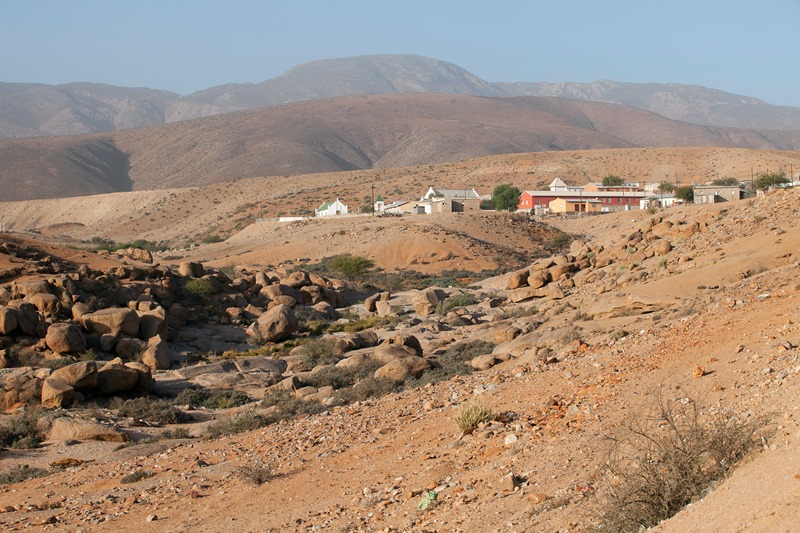 Principles and practice in open science: Addressing power and inequality through “situated openness”

By Cath Traynor and Laura Foster

Have you ever wondered about what counts as ‘science’? About who gets to participate in knowledge production and processes, and whose voice counts? About who benefits from knowledge and whether knowledge production may reproduce existing inequalities? Questions such as these were considered by the Open and Collaborative Science in Development Network (OCSDNet), a group of twelve researcher-practitioner teams from the Global South interested in understanding the role of openness and collaboration in science as a transformative tool for development thinking and practice. These teams, plus their coordination team and external advisors took a critical approach to examining open science, and through the implementation and reflection of twelve projects, we began to constructively debate values of open science. As a result of these deliberations the network identified seven principles as a foundation upon which to realize a more inclusive notion of science in development.

A key principle identified was ‘addressing the role of power and inequality in knowledge production and sharing’, and in this blog, members of the ‘Indigenous Knowledge and Climate Change Adaptation’ team share some experiences from our project, and why this principle emerged as a core value for us, and how we strove to put the principle into practice.

This project brought together a team of indigenous community leaders, academics, lawyers, and development practitioners to examine issues of climate change and indigenous knowledge (IK). Our project was supported by Indigenous Griqua and Nama leaders, who suggested interviewing members of their distinct and heterogeneous communities concerning the impacts of climate change and the role of their IK in climate adaptation. Thus we brought together a diverse group with varied geographies, histories, and traditions of producing knowledge. Mindful of these varied positions, we focused on examining the very process of doing research in order to better understand the relations of power that enable and limit collaborative research processes.

Towards a Situated Openness

In conducting our research, our team considered how our research was situated and informed by the colonial pasts and legacies of colonial science in South Africa. In particular, we took into account how concepts of science such as “open science” and nature as “freely accessible” have historically been used to exploit countries such as South Africa and their indigenous peoples. We understood open science norms of disclosure and sharing as historically contingent, recognizing how practices of colonial science shaped and were shaped by such norms. Dutch and British colonial scientists traveling to South Africa beginning in the seventeenth century were influenced by and contributed to an emerging shift in the practice of science that encouraged scientists to publically share and disseminate their new knowledge, rather than keep it secret. Meant to support the growth of technological innovation, this epistemological transformation from secrecy to disclosure contributed both to the rise of modern science and European colonial power. Scientific commitments to openness and sharing were misused to justify the exploitation of Indigenous San and Khoi peoples’ lands, bodies, and knowledge(s). European colonial scientists treated the lands, animals, and plants they found as in the public domain, thus available for taking and transporting to Western Europe. In encountering and learning from Indigenous San and Khoi peoples about the natural world of South African lands, colonial scientists regarded San and Khoi knowledge as freely shared information that could be scientifically validated, disclosed, and published to support the production of knowledge about nature and the development of technological innovations. Through these practices of colonial science, colonial scientists reinforced regimes of expertise and hierarchies of knowledge production that positioned Indigenous peoples as suppliers of raw material, rather than producers of knowledge. In considering these colonial pasts, we could begin to understand how their legacies continue to shape practices of science today, including our own research.

Our research was informed by Linda Tuhiwai Smith’s call for “decolonizing methodologies” that recognize how research practices have contributed to the colonization of indigenous peoples and have reinforced Western knowledge as ‘superior.’ We were also mindful that the institutions some of the researchers were part of (universities and a non-governmental organization) can sometimes be colonizing spaces. Our research also drew upon feminist science studies broadly and team member Dr. Laura Foster’s own work, which has shown how struggles over knowledge production in South Africa should be understood as situated within particular political, socio-cultural, and legal relations of possibility and inequality within South Africa [1]. Engaging with indigenous and feminist methodologies assisted us in understanding how histories, context, power relations, and structural inequalities condition scientific production and knowledge sharing.

Our project demonstrated the limits of open science as Nama and Griqua peoples were rightly hesitant to share with researchers how they understood climate change, its effects on their communities, and their techniques for adapting to such changes. Given that legacies of colonialism and apartheid continue to shape Griqua and Nama peoples’ lives, they sought to protect their lands, knowledge, and heritage by choosing not to entirely share and disclose their ways of knowing. Their strategies of refusal and secrecy (Simpson 2014, 2007), however, did not foreclose the production of knowledge production. As we worked collaboratively together to develop reciprocal ways of doing research, Nama and Griqua peoples on the research team and those we spoke with demonstrated new ways of producing valid knowledge claims by both sharing their knowledge and refraining to do so. Thus they challenged the automatic assumption of open science that knowledge should be freely shared and disclosed.

Through this research, our team learned to think differently about notions of open and collaborative science. Drawing upon our learnings from Nama and Griqua peoples, and from indigenous and feminist research methodologies more generally, we developed a more critical approach by embracing what might loosely be called a “situated openness”[2]. This is a way of doing research that assumes knowledge production is situated within particular historical, political, legal, and socio-cultural relations that are continually interacting with each other and changing overtime. It considers how practices of open science can produce socially just knowledge, while also recognizing how such notions are embedded within continuing legacies of colonialism that deployed openness as a way to legitimate the taking of indigenous peoples’ knowledge. We therefore argue for the making of science through understandings and practices of situated openness that are more responsive to hierarchies of power and inequality and that involve simultaneous modes of being open, closed, sharing, and restrictive.

Our research indicates that “situated openness” is a process, and one that demands a continued cycle of engagement, critical reflection, and re-alignment. In our ongoing work, we are considering how to ensure more collaborative and reciprocal research practices through “community-research contracts,” which we interpret as technology towards a more situated open science. These contracts are between the applicants wishing to conduct research (e.g. universities and non-governmental organizations) and indigenous communities. The aim of the contracts is to clearly state the roles and responsibilities of the various actors, to specify the proposed research, how the research would be conducted, how the information would be collected, analysed and used, what products would arise from the research, and how such outcomes would be shared. Our team sought to develop contracts not written within the dominant language of western biomedical research. Rather, community-researcher contracts are based upon indigenous peoples’ (in this case Nama and Griqua peoples) ways of knowing as producers of knowledge, thus the contracts enable indigenous peoples’ to define the conditions under which their knowledge can (or cannot) be accessed, utilised, and shared. In our ongoing work to develop these contracts, we have learned how the process of discussing, developing, and negotiating the specific text of the contracts between the different parties has served to increase common understandings and communications between us. It has also enabled our team to identify some of the precise mechanisms of power, including but not limited to, university policies, poorly suited legal provisions, and logistical practicalities that can curtail the possibilities for producing knowledge through more collaborative and reciprocal research practices. We are currently analysing our research experiences and plan to publish more on this in the near future.

The principle described above is just one of seven values and principles developed by OCSDNet which are presented in our Open Science Manifesto.  The Manifesto offers these as a foundation upon which to deliberate and realize a more inclusive notion of science in development.

OCSDNet is interested in your thoughts about “situated openness.” Is it an essential principle for more open and collaborative science? E-mail OCSDNet at info@ocsdnet.org, or get in touch via Facebook or Twitter (@OCSDNet). The Manifesto is only a step towards co-creating a more inclusive vision of science – we welcome your comments and feedback.

[2] We are drawing here from feminist science studies and in particular Donna Haraway’s notion of “situated knowledge” as a form of feminist objectivity. See, Donna J. Haraway. 1988. “Situated Knowledges: The Science Question in Feminism and the Privilege of Partial Perspective.” Feminist Studies 14 (3): 575-99.