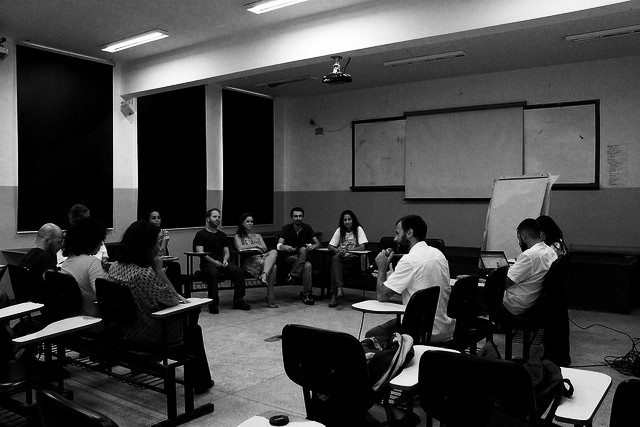 Open Science “Round of Talks” took place in October 2015, during the Tropixel Labs festival, and was included in the programme of the National Week of Science and Technology. The meeting was part of a set of public activities organised by Plataforma Ciência Aberta Ubatuba (Ubatuba Open Science Platform) since the beginning of 2015. Those activities have been  focused on promoting the debate about the role of open science in development in Ubatuba and region, and on creating spaces for knowledge and information exchange and collaboration among key local actors. 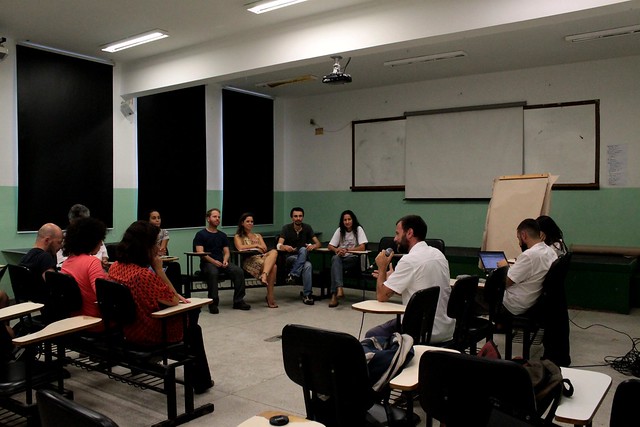 The goal of the Round of Talks was to promote the dialogue among local stakeholders – scientific researchers, teachers, NGO personnel, traditional communities and representatives of public policy boards working in the region – exploring the following questions: 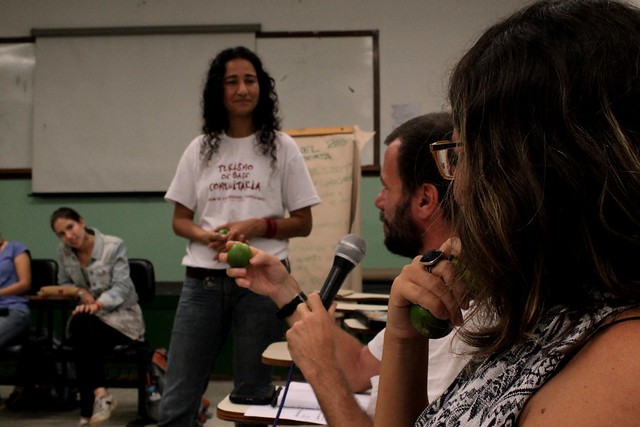 Halfway into the Open Science Round of Talks, Henrique Parra (from Ciência Aberta Ubatuba Platform) summarized the main points highlighted in the debate for continuous reflection and actions to be organized: 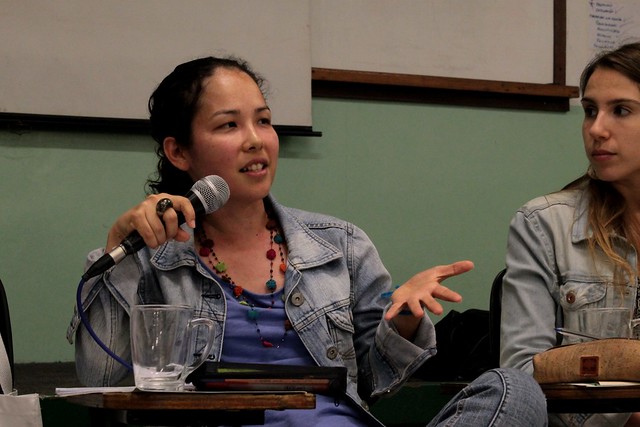 The debate also raised important issues regarding the access to and the use of low-cost technologies, not written forms of communication, and the need to create new forms of institutions. The quality of social participation in local public management and policy design mechanisms was highlighted by the participants. Erika Braz (FCT) proposed the creation of a charter of ethical principles for research in the region. 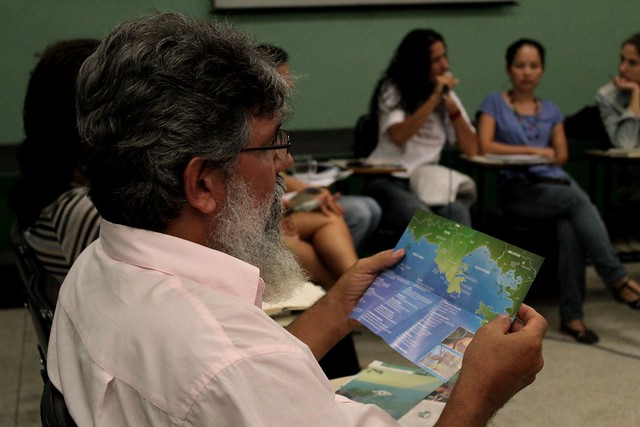 At the end, participants demonstrated interest to keep on the conversations, toward developing joint initiatives that put into practice the axes identified. Ciência Aberta Ubatuba Platform is currently elaborating some proposals in that direction, which will be presented to local stakeholders in early 2016.