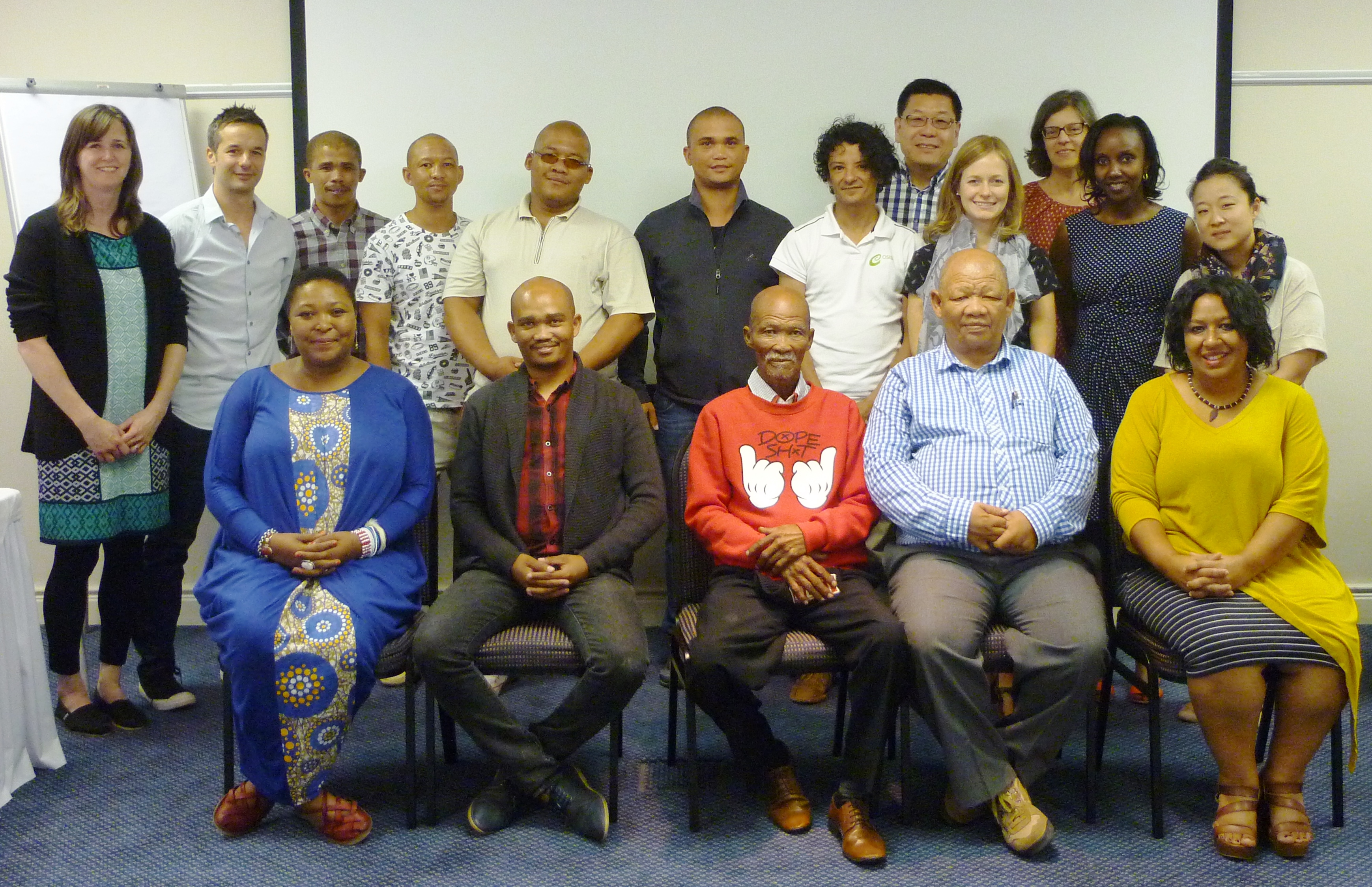 By Cath Traynor of the Indigenous Knowledge and Climate Change Project

The notion of ‘science’ as “open” and nature as “freely accessible” has historically been used to exploit countries such as South Africa and its indigenous populations. Such historical injustices and lack of redress influence the research landscape today, not just in South Africa, but many countries and peoples who faced similar histories. Several indigenous groups, for example the Gwich’in First Nations of Canada, the Hopi Tribe (USA) and the Maori (New Zealand), have developed their own frameworks and protocols to ensure consent and protect their communities and indigenous knowledge in research processes. In 2014, a team of researchers, lawyers, non-profit practitioners and indigenous leaders developed the ‘indigenous knowledge and climate change adaptation project.’ Cognizant of these histories, we aimed to developed a truly collaborative project by building upon the idea of a ‘community researcher contract’ as an attempt to make researchers more accountable to communities and also to legally protect  indigenous knowledge.

On the 13th and 14th March 2017, Natural Justice hosted a workshop centred around community-research contracts ensuring socially just research processes. This workshop aimed to gain valuable insights from indigenous communities through exploring the development of a ‘community-researcher contract’ between communities and researchers within the context of researching indigenous knowledge related to climate change.

The objectives of the workshop included legally empowering participants on issues related to laws and policies on indigenous knowledge systems, intellectual property rights and research ethics, and exploring the concept of contracts as a tool, and also critically reflecting upon the trial implementation of ‘community-researcher contract’ between two indigenous communities and three institutions conducting research with them.

The first day focused on legal empowerment and internal community discussions with representatives from the Nama, Griqua and Khomani San communities and a legal adviser.  During the following day, wider stakeholders were invited, including representatives from the University of Cape Town, Indiana University (USA), legal experts, civil society organisations including the Heinrich Boell Stiftung Southern Africa, the Open Society Initiative for Southern Africa, and the Open and Collaborative Science in Development Network (OCSDNet). These varied interests and opinions contributed to a productive discussion in regards to where tensions lie between the respective parties around research with indigenous peoples, both in terms of the frameworks that guide research processes and how the research is conducted in practice. Areas of tensions were identified and the role that community-researcher contracts could play to resolve these discussed.

Important aspects concerning policies alongside ethical and legal approaches were raised and considered in detail throughout the session. Issues were voiced surrounding the importance of consent processes, openness of research – but also some of the dangers of making indigenous knowledge open, particularly in regards to intellectual property issues, and that research process should benefit communities.

A particular notable and worthwhile moment of the workshop was hearing the opinions and viewpoints of the indigenous community’s youth representatives who stressed the importance of transparency, participatory action, capacity for further legal empowerment of the community members and beneficiation. Their involvement in this session was especially valuable for other participants in order to better understand from the community perspective, where and what the key issues were regarding the development and implementation of research projects with communities in their traditional lands.

Looking forward, these discussions will feed into the final analysis of the potential role of ‘community-researcher contracts’ as a tool to protect communities’ rights and to enable communities to negotiate mutually-beneficial research processes with research institutions. This analysis is being conducted by Natural Justice’s Climate Change Program together with research partners Dr. Laura Foster (Indiana University) and Dr. Tobias Schonwetter (Intellectual Property Unit, University of Cape Town), the Nama community in Khuboes, and the Griqua community in Vredendal.